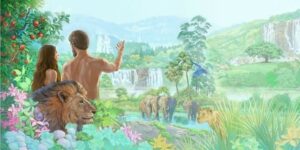 To face the problems illustrated in the previous chapter, Pope Francis selects Biblical accounts, offering a comprehensive view that comes from the Judeo-Christian tradition. With this he articulates the “tremendous responsibility” (LS 90) of humankind for creation, the intimate connection among all creatures and the fact that “the natural environment is a collective good, the patrimony of all humanity and the responsibility of everyone” (LS 95).

In the Bible, “the God who liberates and saves is the same God who created the universe, and these two divine ways of acting are intimately and inseparably connected” (LS 73). The story of creation is central for reflecting on the relationship between human beings and other creatures and how sin breaks the equilibrium of all creation in its entirety: “These accounts suggest that human life is grounded in three fundamental and closely intertwined relationships: with God, with our neighbor and with the earth itself. According to the Bible, these three vital relationships have been broken, both outwardly and within us. This rupture is sin” (LS 66).

For this, even if “we Christians have at times incorrectly interpreted the Scriptures, nowadays we must forcefully reject the notion that our being created in God’s image and given dominion over the earth justifies absolute domination over other creatures” (LS 67). Human beings have the responsibility to ““till and keep” the garden of the world (cf. Gen 2:15)” (LS 67), knowing that “the ultimate purpose of other creatures is not to be found in us. Rather, all creatures are moving forward, with us and through us, towards a common point of arrival, which is God” (LS 83).

That the human being is not the master of the universe “does not mean to put all living beings on the same level and to deprive human beings of their unique worth and the tremendous responsibility it entails. Nor does it imply a divinization of the earth which would prevent us from working on it and protecting it in its fragility” (LS 90). In this perspective, “every act of cruelty towards any creature is “contrary to human dignity” (LS 92). However, “a sense of deep communion with the rest of nature cannot be real if our hearts lack tenderness, compassion and concern for our fellow human beings” (LS 91). What is needed is the awareness of a universal communion: “called into being by the one Father. All of us are linked by unseen bonds and together form a kind of universal family, a sublime communion which fills us with a sacred, affectionate and humble respect” (LS 89).

The chapter concludes with the heart of Christian revelation: “The earthly Jesus” with “his tangible and loving relationship with the world” is “risen and glorious, and is present throughout creation by his universal Lordship” (LS 100). 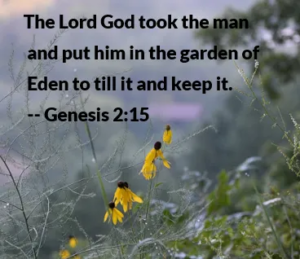 Reflect individually, as families, Small Christian Communities, in Sodalities and through Bible Sharing Groups on your responsibilities as Stewards of Creation, both as Christians and as Catholics.