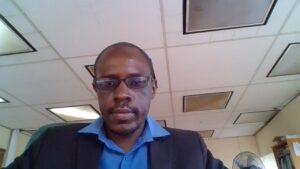 By Mr Benjamin Chaya from Zimbabwe

THIS ARTICLE WAS INITIALLY PUBLISHED ON THE 20 JANUARY 2022 IN CATHOLIC NEWS-ZIMBABWE.

Parenting has never been easy. Young people who are the subject matter of this piece are facing many challenges that have been brought on mainly by the prevailing economic and social circumstances. Despite having good academic qualifications and training, many young people have not been able to get gainful employment, necessitating their stay at parents’ places for prolonged periods. COVID-19 pandemic has worsened the situation as it has globally affected economic progress.

Faced with enormous challenges, many of the young people have been driven to alcohol and drug abuse, early marriages and crime amongst other ills. One of the consequences has been the rise in mental health challenges. Parents and the Church should work together to assist the young grow in faith and love for them to desist from immoral and destructive behaviours.

The youth were at the center of pope John Paul’s heart as the future of the Church.

The young have always been at the centre of the Church. This is evidenced by St. Pope John Paul II instituting the world youth day. Pope John Paul II was inspired to establish World Youth Day in 1986 by the church’s Youth Jubilee (1984), a special meeting between the Pope and young Catholics held at the conclusion of the 1983–84 year of the Jubilee. World Youth Day (WYD) is a worldwide encounter with the Pope celebrated about every three years in a different country. They bring together young Catholics aged between 15-35 from around the world for a week of prayer, teaching, and fellowship. The most recent WYD was held in Panama City, Panamá from January 22-27, 2019 and the next World Youth Day will be celebrated in Lisbon, Portugal from 1-6 August 2023.

Various Popes have placed special emphasis on the young and their contribution to the Church over the years. Pope St. John Paul II had a deep love and compassion for young people. His faith in the love, energy, and joy of the youth was tangible to all who grew up during his pontificate. It is still tangible in his many writings. In his reflection on the verse “I thirst” (John 19:28), Pope John Paul II pointed out there these were among Jesus’ last words. We all thirst. We spend our lives seeking fulfilment. We look in so many places. We seek fame, power, money, security, pleasure. The list is endless. When these fail; we seek distraction. Our culture has excelled at distraction. It is full of noise and amusement. However, these too fail. Only one thing satisfies—and that is Jesus. After our long search in all these other places; at last we can find the one who understands us and fulfils us.

Pope Emeritus Benedict XVI continued to nurture young people in the faith after inheriting Pope John Paul II’s legacy of strong relations with young adult Catholics. As Pope Benedict once told President Nicolas Sarkozy during a visit to France, “Young people are my greatest concern.” During his papacy the Vatican reached out to the young through social networking media such as Facebook, YouTube and Twitter. Many of the Pope’s international travels included separate meetings with the young people of various nations, including Brazil, Cameroon, the Czech Republic and France.

Pope Francis delivered an inspiring homily to 2,000 young people gathered in St. Peter’s Basilica on the Solemnity of Christ the King, Nov. 21. He encouraged them to “dream and live.” He assured them that “many” of their dreams for “fraternity, solidarity, justice, peace” are “Jesus’ own dreams for humanity.” He encouraged them not to be afraid to encounter Jesus because “he loves your dreams and helps you to make them come true.”

As the Church, parents and guardians seek to journey with the young and bring them closer to God as Christ said, “Let the children come to me, and do not hinder them; for to such belongs the kingdom of heaven.”(Mathew 19:14), this article seeks to provide some insights and thoughts on this journey mixed with joy and pain.

As exemplified by the death of our Lord Jesus Christ on the Cross, we have to sacrifice for those we love. We get joy and pain from those we love. As Israel was often in rebellion against God, sometimes children are in open rebellion and do not appreciate all you have done for them as parents, but as shown by the Merciful Father in the parable of the prodigal son (Luke 15:11-32) we should not completely shut our children out despite their mistakes.

Not much thought is given when choosing God parents at Baptism. This is a very important aspect that parents need to take seriously. A Godparent should journey and provide guidance throughout his life. He should be there at birthdays, weddings or ordinations and also on those occasions where the child experiences trouble especially during the adolescent years

Pope Francis called Confirmation the “sacrament of farewell “because many young people leave the Church after this sacrament. Youth guilds (Zvita zvavadiki) allows young people to continue with spiritual formation after the Sacrament of confirmation. Under the guidance of animators (Vana Sekuru nana Tete) they get to know more about their faith and develop in prayer. The guilds also offer a platform for vocational discernment and sharing ideas with peers on challenges affecting them.

The effectiveness of youth guilds depends on the choice for animators. These should be men and women of prayer knowledgeable of faith and good standing so that they offer proper guidance in word and deed to the young.

As Catholics we look up to saints for intercession and as models in faith who lived lives pleasing and united to Jesus Christ. These are men and women who faced all the challenges we face today but preserved in faith and holiness. St Monica faced the situation of a delinquent child in St. Augustine whom she did not give up praying for until his conversion. He later on became a Bishop and one of the Church Fathers. Holiness is not only for adults as there are numerous saints for young people. For example, St. Maria Gorreti was murdered at 11 years for refusing to give in to the sexual pleasure of Alessandro Serenelli. Even when she was dying she forgave her killer. She kept her purity and was able to forgive the one who took her life. Reading and imitating the lives of saints and asking for their intercession helps one overcome temptations and evils of the world

Youths are not a homogenous group

There has been a tendency sometimes to lump together youth although there are differences in age and interests within that group. There are those in the age group 13-14 who have just left the missionary child group whilst on the extreme end there are those who are working or already at college or university. Thus it might be prudent to split the youth group in order to provide better pastoral care through the creation of young adults group for those in the 18+ years for those who are working, in college or university.

The home as the domestic Church

According to Fr. Patrick Peyton, a family that prays together stays together. Parents should come with their children to Mass and ensure that they partake in the life of sacraments and all activities for their spiritual nourishment. Parents are the first catechists; thus they should make efforts to know the Catholic faith in order to pass it on to their children. Daily family prayer should become part of the family life. Whilst in most homes time is found for a movie none is created for family prayer like reciting the rosary together.

As the words “Do not be afraid” appear many times in scripture, journeying with the young is not easy but we need not be afraid but move the course with Jesus as disciples on the road to Emmaus did in Luke 24:13-32. Despite the confusion and fear, let us trust in God.