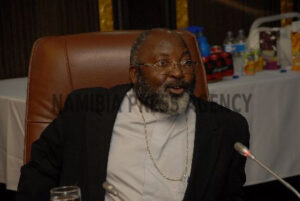 Ezekiel was a functioning priest, probably attached to the Jerusalem Temple staff, before the first surrender of Jerusalem under the command of Nebuchadnezzar. Ezekiel was among those deported in 597 BC to Babylonia. It is worth comparing Ezekiel 24:1-2; 2 Kings 25:1; Jeremiah 39:1 and 52:4. He received his prophetic call and vision in his own house at Tel-Abib, on the banks of the Chebar River in Babylon in the year 593 and functioned as a prophet for 20 years. Ezekiel means ‘God strengthens’. Prophet Ezekiel strengthened God’s people from the time of the lockdown of Israel in Babylonian captivity. If Prophet Jeremiah could in a way be said to have been Jerusalem’s home minister, Ezekiel would be in the service of the foreign office, following from far off Babylon what was happening to the Holy City. This means that Ezekiel is preaching his visions to the Jews in Babylon while Jeremiah is preaching to the Jews in Jerusalem. As a seer Ezekiel made his news known to his audience on the same day. He held a prominent place among the exiles, and was frequently consulted by the elders (Eze 8:1; 11:25; 14:1; 20:1).

Ours is a compassionate God. Often this compassionate nature is expressed in God’s response to crises experienced by His children. In the early chapters of Exodus, for instance, we see God’s people suffering in captivity. They groan under their burdens, and cry out for deliverance. God sees their misery, and the way the Egyptians are oppressing His people (Exod 3:7, 9, 16). Their cry is heard. God remembers His covenant with the people and initiates a plan to rescue them; to bring them out of the land of Egypt and into the promised land (Exod 3:17). Prophets remind the people about the covenant and how the compassionate God saved them from bondage. The Prophet Ezekiel cites one of many symbolic visions and compassion of God raising an army of dead men’s bones from their graves and bringing them back to life (Eze 37:1-14). Regardless of his frightening oracles, Ezekiel concludes with a message of compassion, hope and restoration. It illustrates the predicted destruction of Israel and the idolatrous nations around it and the restoration once they repent over their sins and develop compassionate hearts for their fellow humans during the captive lockdown in Babylon. The etymology of ‘compassion’ is Latin, meaning ‘co-suffering’. Compassion involves ‘feeling for another’ and is a precursor to empathy, the ‘feeling as another’ capacity for better person-centred acts of active compassion; in common parlance active compassion is the desire to alleviate another’s suffering. God who suffers with his own people shows His compassion during the lockdown. The greatest asset we have is our time. We can give it more freely. When we give, we show compassion. Compassion is a character trait that is present in everyone; however it is also a trait that sometimes gets forgotten. When the Israelites forget Yahweh, says Ezekiel: “Therefore say to the house of Israel, Thus says the Lord God: Repent and turn away from your idols; and turn away your faces from all your abominations” (Eze 14:6). Compassion is key. It opens doors and removes confusions of uncertainties of lockdown. When people are open, they can be more creative in solving problems in ways that drive meaning in life and growth of humanity and thus long-term success.

The concluding chapters of the book of Ezekiel are the result of this growing compassion for one another. It is full of positive prophecies concerning the future of those who would be allowed to return to Jerusalem someday and begin to rebuild the city and temple. Feeling the compassion of God during the lockdown in Babylon, Ezekiel spends a great deal of time working through all of the broken realities of His people to show that they will be redeemed. The leadership is restored, even though they once sinned, they will be trusted again to lead the people. The kingdom of Israel will be fully restored, both in numbers to reverse the loss of life in the slaughter of so many and also in the return of the northern tribes to join the south to be ruled by the Davidic kingship. God’s presence among the people in the land will defeat any future enemy nations, which echoes the presence of God leading the people in the wilderness after the Exodus. The book of Ezekiel concludes in great detail the rising compassion of God that allows them to rebuild the temple. Ezekiel’s prophecy of God’s restoration of Israel reaches a pinnacle of compassion and hope in the image of the dramatic conversion of each human heart. Not only will the people as a whole be purified but each person will be sprinkled with clean water. “I will sprinkle clean water upon you, and you shall be clean from all your impurity, and from all your idols I will cleanse you” (Eze 36:25). Each one will receive a new heart and a new spirit in their innermost being, and “I will take away the stony heart out of your flesh, and will give you a heart of flesh” (Eze 36:26). These verses call us to anticipate, and cooperate with God’s merciful action which is deep within us, equipping us to walk in His ways, following His commandments, and learning to love as we have been loved, getting rid of selfishness, corrupt desires and inner fears. Compassion is crucial in our times as it allows us to stand in another person’s shoes. This is what we can embrace during this COVID-19 pandemic. The Prophet Ezekiel uses the verbs to know, to remember, to see, and to hear which suggests the compassionate nature of God and so that we can become like Him. Let our lockdowns be a great remembrance of this compassion of God to learn from Him.